Chinese cupping therapy is an ancient form of alternative medicine in which a therapist puts special cups on your skin for a few minutes to create suction. Cupping is used for many purposes, including to help with pain, inflammation, blood flow, relaxation and wellbeing, and as a type of deep-tissue massage. 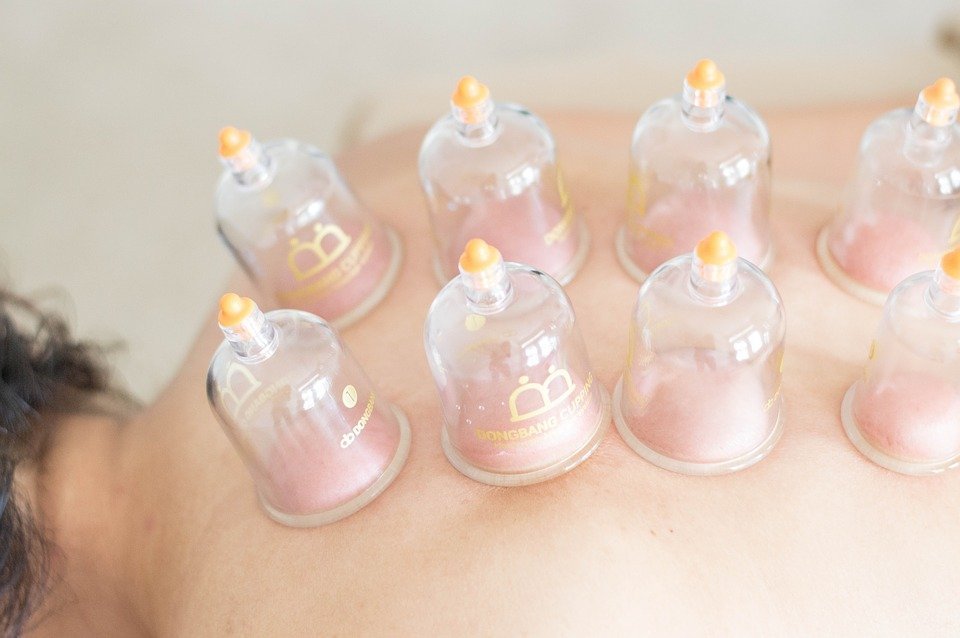 The cups used are commonly made of glass, but can also be made of bamboo, earthenware or silicone. Methods of cupping include dry and wet.

Traditionally, during both types of cupping, your therapist will put a flammable substance such as alcohol, herbs, or paper in a cup and set it on fire. As the fire goes out, they will put the cup upside down on your skin. As the air inside the cup cools, it creates a vacuum, causing your skin to rise and redden as your blood vessels expand. The cup is generally left in place for up to 3 minutes.

Modern cupping practitioners often use a pump instead of fire to create the vacuum inside the cup. Silicone cups can be used, which can move from place to place on your skin for a massage-like effect.

Wet cupping creates a mild suction by leaving a cup in place for about 3 minutes. The therapist then removes the cup and uses a small scalpel to make light, tiny cuts on your skin. Next, they will perform a second suction to draw out a small quantity of blood. It is believed that wet cupping removes harmful substances and toxins from the body to promote healing.

Following treatment, an antibiotic ointment and bandage may be applied to prevent infection. Your skin should look normal again within 10 days.

Some people are also treated using the “needle cupping” method, in which the therapist first inserts acupuncture needles and then puts cups over them.

Cupping therapy can be beneficial in treating:

OWN A HOLISTIC HEALTH BUSINESS?

We only list businesses that we have personally vetted to Professional Standards Authority guidelines; we check more criteria than any of our competitors. You get a personalised business listing, online booking and payments, and reviews, without the hassle of having to manage it.

More About Business Insurance
Get Insured